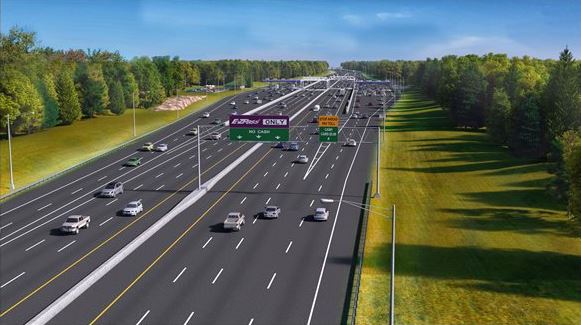 Highway engineers envision an extra travel lane on the I-95 bridge during peak hours and motorists zooming through a new York Toll Plaza without stopping, making it easier to visit Maine.

But first, there will be a couple of years of construction.

Maine Transportation Commissioner Bruce Van Note on Wednesday outlined steps that are being taken to ensure that there’s minimal impact on travelers.

“We want to reassure travelers and commuters that we have them in mind and are going to be doing everything in our power to keep motorists safe and traffic moving,” he said.

An effort to keep motorists updated, dubbed “Maine Ahead: Building a Better Gateway,” will include a website with a traffic alert sign-up system, and social media channels to follow, officials told reporters at a news conference.

Work began last fall on a new toll plaza in York that’ll allow vehicles to travel through E-ZPass lanes at highway speeds. The $39 million project will be completed in 2021.

Work on the Piscataqua River Bridge, which begins next month, is expected to include upgrades that’ll facilitate extra travel lane during busy travel times. The $52.6 million project will be completed in 2022 with the cost being shared by Maine and New Hampshire.

Once completed, 1,800 cars will be able to pass through the plaza each hour, an increase of 57 percent, Maine Turnpike officials said.

DK has been a fan of the internet for quite some time now and loves working with it. He likes dogs, sports, and bologna. He has 1 degree and 1 intramural Ping Pong championship from Ithaca College. Fun fact: he can whistle inhaling as well as exhaling.