I love Reddit. It is such a time-sucker for me. Like I have nothing better to do than to fall knee-deep in other people’s drama. It’s always just so juicy, what can I do?

The latest thread that has me at the edge of my seat is the “love letter on an airplane barf bag” one. Are you familiar?

Last week, a Reddit user ho_riene, who is either a flight attendant or part of the catering crew for an airline, posted pictures of a love letter written on a barf bag by a woman named “Andrea” with the headline, “Found this in the back pocket of a seat on an aircraft I was cleaning last year. Where ever you are, I hope it went well for you.” The letter on the bag is dated February 7, 2018, which is almost a year ago.

Andrea said she’d just bought the flight last minute from Miami to D.C. to intercept her best friend while he had a layover there, so she could tell him she LOVES HIM. She’s leaving for Australia in four days for a semester abroad, and figured it was her last chance to tell that special someone how she feels. I mean, why not take a risk; do something nutty!! On a barf bag though? I guess she didn’t pack a notepad.

Now, the internet is trying to find Andrea.

Personally, I don’t see how hard it can be to locate this love-struck traveler. They have her name, the date, the departing and arriving cities, and likely the seat Andrea was sitting in when she poured her heart out. I’m sure a quick look back at the manifest for that day would reveal Andrea’s last name and some Facebook stalking would yield an instant response. That’s how Detective Tara would handle it, anyway.

Luckily, Reddit users are super sluethy because they’ve already shared the story to other subreddits, even /BarfBagConfessions.

Another question: WHY did u/ho_riene wait always a YEAR to post this????

Did Andrea’s best friend see her walking toward him and he ran to her, pick her up in a tight embrace and spin her around while they kissed? Are they now married with a honeymoon baby on the way?

Hyundai Sees Your Self-Driving Car, Raises You a Walking One Previous post 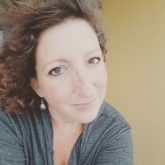