Battle of the GoFundMe Pages: Trump’s Build a Wall vs Ladders to Get Over Said Wall

An Air Force veteran who started a fundraising page to help pay for construction of President Donald Trump’s U.S.-Mexico border wall has brought in millions of dollars.

Brian Kolfage launched the GoFundMe page this week, and it had generated $6 million in donations as of early Thursday afternoon. It says it has a fundraising goal of $1 billion. 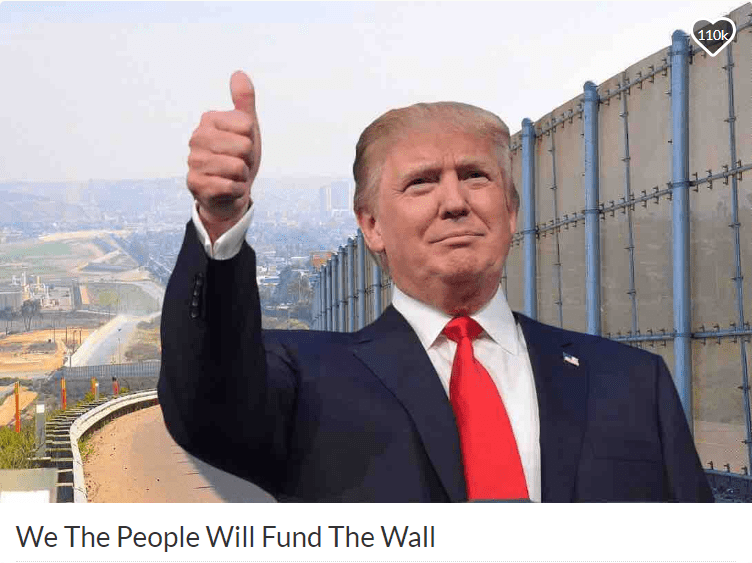 In a statement posted on the crowdsourcing page, Kolfage says the wall could be built if everyone who voted for Trump pledged $8 each.

Kolfage says he has contacted the Trump administration about where to send the money.

A triple amputee injured in the Iraq War in 2004, Kolfage went on to serve at Davis-Monthan Air Force Base in Arizona.

Not to be outdone, the other side of the “build the wall” debate has created their own fundraising efforts. This one to raise money for ladders to get over the wall. 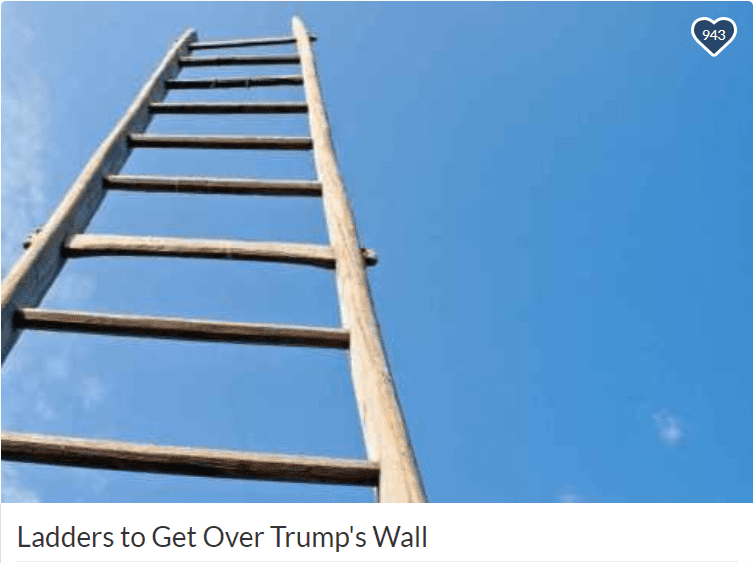 This fundraiser is also trending and has raised nearly $20,000 in 15 hours. Their statement:

We saw some folks are raising money for a border wall to keep out our migrant siblings and fellow human beings, who are fleeing violence and persecution and whose tragically-underpaid labor is essential to the U.S. economy. Seems like a bad idea on countless levels for everyone involved.  Maybe we should focus on human rights and creating a community that reflects our supposed values.

Who will you donating to?

DK has been a fan of the internet for quite some time now and loves working with it. He likes dogs, sports, and bologna. He has 1 degree and 1 intramural Ping Pong championship from Ithaca College. Fun fact: he can whistle inhaling as well as exhaling.